The edge of the “Grave”, the deep sinkhole and entrance to the caves, always instilled some sense of anguish and fear in those who crossed the nearby country road, particularly at nightfall. Bats were seen ascending from the abyss and fluttering around the fields, hunting for insects, but also some vapors, believed by the superstitious to be restless souls of suicide victims, trying needlessly to rise to the heavens.

Vincenzo Longo (1737-1825), a local humanist and jurisconsult, was perhaps the first man to ever descend into the “Grave”, with a group of young peers. 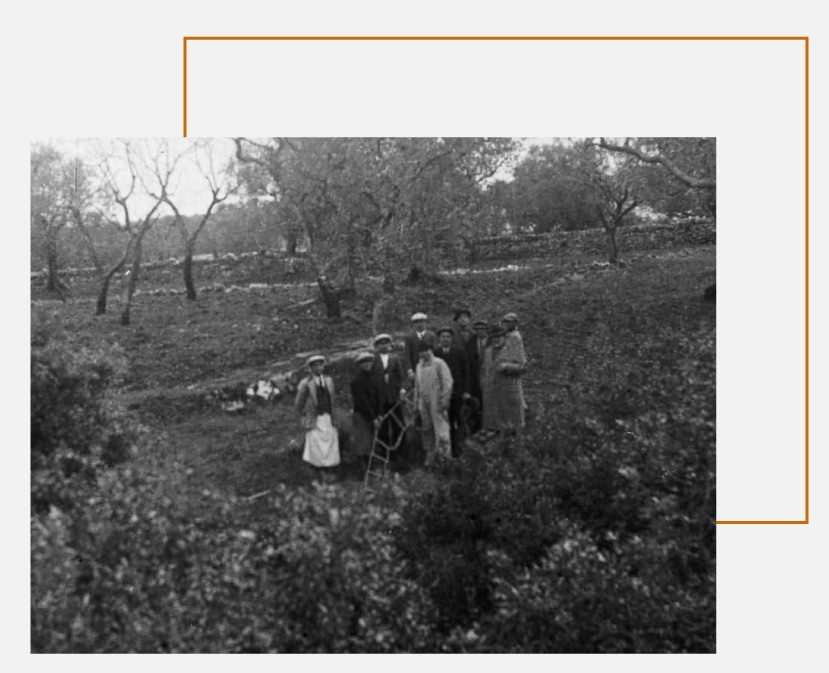 The recollection of that undertaking had been passed down from contemporary witnesses to future generations, in time enriched by many and different details.

Volume VII of the Universal Chorography of Italy “Dizionario corografico-universale dell’Italia”, published in 1852 in Milan, testifies the veracity of this historical event; […] less than a mile east of Castellana I sighted a natural curiosity, a chasm called “Grave” by the common people; its mouth has a circumference of about 180 palms and is approximately 300 palms deep. In the last century some intrepid citizens of Castellana descended one early morning, using ropes and cables, and covered several miles of dark underground passages, and had their relatives and friends trembling since they were not back by midnight.* 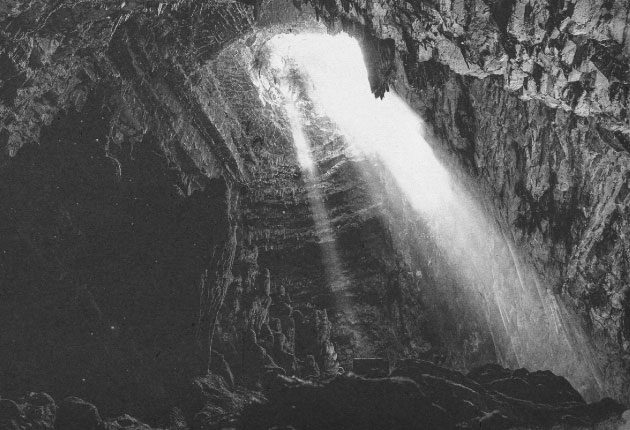 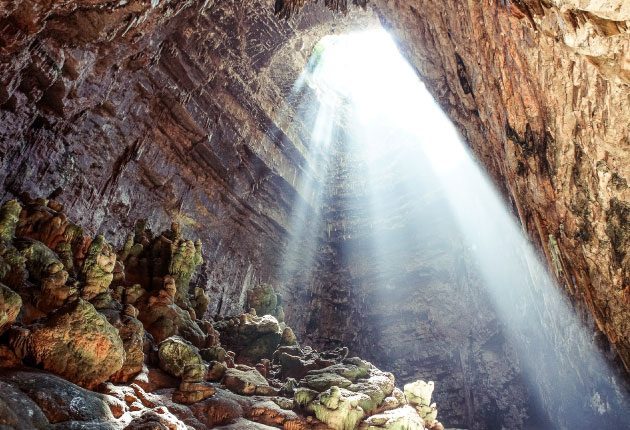 Besides appearing in folk tales and oral tradition, the “Grave”  is also mentioned in some documents preserved in the Historical Archive of the Municipality of Castellana Grotte. These writings, found by the historian Donato Mastromarino from Castellana, speak of the recovery of the corpses of some unfortunates, fallen or thrown into the pit, and provide us with the first names of people who descended to the bottom of the “Grave”.

In the first document, dated 21stof December 1800, the state inquisitor Francesco Maria Trevisani, ordered the administrators of the magnificent University of Castellana, in the name of the king, to meet the expenses incurred for the descent into the “Grave”, carried out that same day. The next day, among others, Bartolomeo Simone di Polignano was paid 20 carlini coins for the first descent in said “Grave”; and the same amount was reimbursed also to Tommaso di Francesco Barletta and Giuseppe Domenico Cafuori for descending afterwards.

The second document, dated 19th of June 1847, shows that the Intendant of the Province authorized the mayor of Castellana to allocate the sum necessary for a similar recovery operation. “This royal judge, in reporting to me that the corpse of the demented Giuseppe Macchia has been in the vast cave called Grave for several days, asks for eighteen ducats to meet the necessary expense for the extraction from the cave with a machine that he purposely has to bring from Monopoli.”*

THE INTERVENTION OF AN EXPERT SPELEOLOGIST

In 1938, the heads of the Provincial Tourist Board of Bari requested the intervention of an expert Speleologist from the Italian Institute of Speleology in Postojna to carry out an inspection of already known caves in the area, to determine suitability for touristic purposes.

After having explored other caves in the area, which had had only limited extensions and proofed useless for the purpose of exploration, the Speleologist Franco Anelli  reached the edge of the sinkhole known as “Grave” on January 23rd, 1938. The explorer descended into the depth of the first cave and, following a sidewall, discovered a small passage, […] which led, after a few dozens of meters, into a second cavern, so enormous that the light beam of the acetylene lamp couldn’t illuminate the walls and ceiling of the cave*, which would later  be named Cavern of Monuments. Once back outside, Anelli decided to come back two days later to continue the exploration. 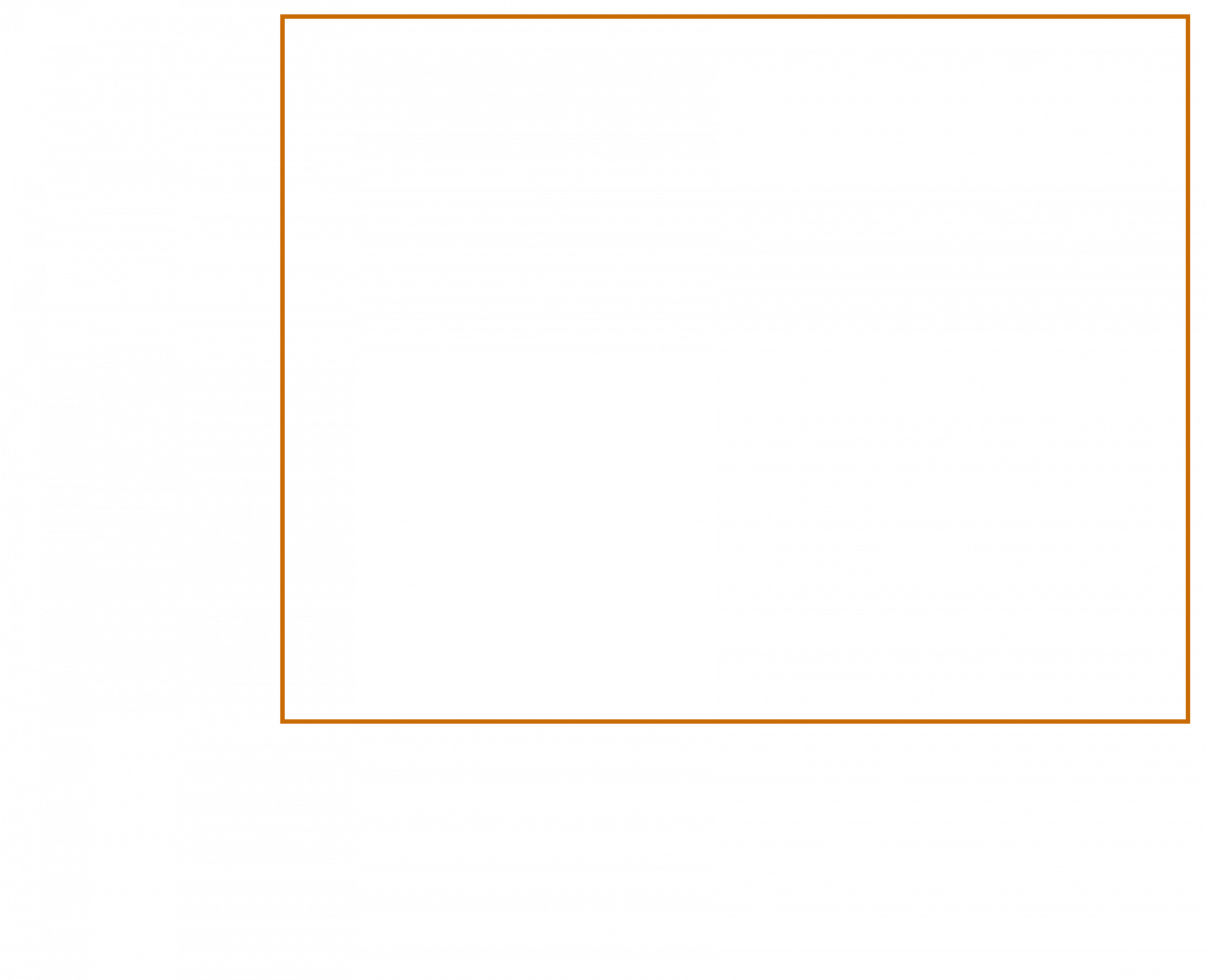 On January 25th, a courageous worker of Castellana called Vito Matarrese decided to accompany him and descended with him into the “Grave”. The two of them explored about 300 meters together, when they had to stop at the end of a short descending tunnel, now called the Serpent Corridor, in front of a deep well.

Two months later, in March 1938, Anelli and Matarrese continued their exploration, reaching as far as 600 meters from the “Grave”, where another deep chasm, located in the so called Corridor of the Desert, forced them to interrupt their expedition again.

On this occasion, Anelli also provided his first mapping of the Caves, which he completed in September of the same year, during his third visit to Castellana.

After Anelli left, the explorations were continued, partially alone, by Vito Matarrese, who was responsible for overcoming the chasm of the Corridor of the Desert and reaching the final part of the karst system: the White Cave, which he discovered in 1939. 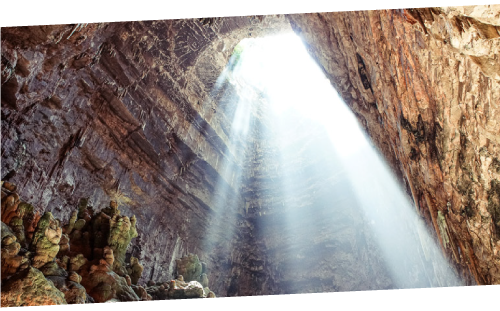 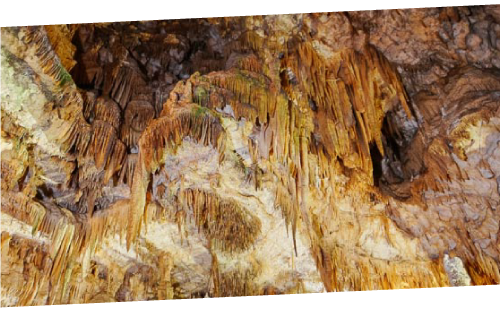 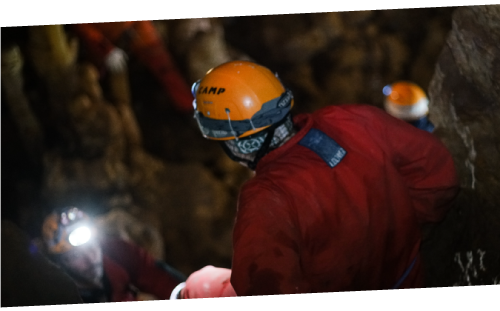 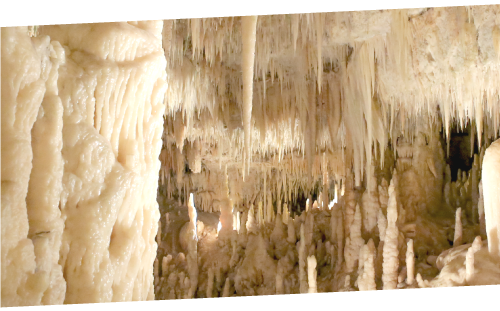